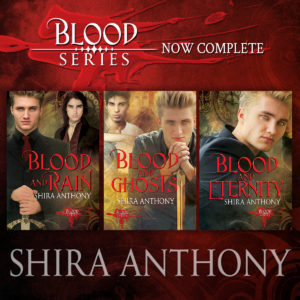 Blood and Eternity, the third book in the Blood series, will be released by Dreamspinner Press on July 31st! Pre-order links should be up at the end of June.

The time has come to make a choice—one they will live with for eternity.
In this final installment in the Blood Trilogy, Adrien and Nicolas must face their greatest enemy in a deadly last confrontation. But to prevail, they’ll need to master the enemies within.