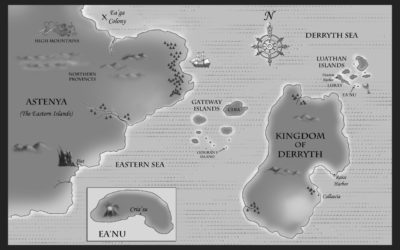 Kai Loflin is headed to his first job out of law school, dreaming on the plane about the gorgeous redhead in the seat next to him. But when Kai and Mr. Dream Guy are cornered in an alley and under attack by vicious creatures, the dream quickly becomes a nightmare.

It turns out the man of Kai’s dreams isn’t a man at all: Elodie is a familiar who has served Kai’s family for centuries. Kai, who was adopted as a child, discovers he is the last in a long line of mages who barely survived extermination at the hands of creatures bent on eradicating the magic users who once kept them at bay.

Elodie says he’s bound to protect Kai, no matter the consequences to himself. But when Elodie and Kai enter into a contract, Kai gets far more than he bargained for.  Elodie isn’t exactly what he claims to be, and his motives may be anything but pure. The last thing Kai needs is to fall in love with the person who may be his savior, or the tool of his destruction.

Blood Series: Book 3 Sequel to Blood and Ghosts and the final installment in the Blood Trilogy

When he finds himself in a future he doesn’t recognize, Adrien must make a devil’s choice between the life he dreamed of with Nicolas and trying to repair a badly damaged past. If he chooses to go back in time to challenge Pelletier for the soul of the Council of Hunters, Adrien must first master the demon who lives inside of his mind and controls the ability to manipulate time. But there’s a caveat to the fight with the powerful being who shares his thoughts and body: if he loses, Adrien will die.

As Adrien struggles to control his demon, Pelletier enlists some frightening help in his crusade–horrible creatures created through vampire blood who respond to his commands. The fight is a distraction from Pelletier’s true motive: to force Adrien to grow strong enough to fight him one on one. But what choice does Adrien have but to fight to save the vampires and hunters he loves?

What will become of the Council of Hunters? Will Adrien be able to return to his own timeline and reunite with the Nicolas he lost at the ill-fated wedding? And will Adrien lose to his inner demon, or will he grow strong enough to finally win against the seemingly unbeatable Pelletier?

Robert Swann was born from the ashes of the worst day of Jimmy Zebulon’s life: the day his high school crush, Danny Parker, the quarterback of the football team, did nothing as his teammates bullied Jimmy. Rob leaves his small town, takes his father’s name, and leaves the chubby, awkward teenager he was behind. Fifteen years later, he is the epitome of success, with his movie-star good looks and a successful law firm to his credit. But when attorney Dan Parker shows up for his first day of work at Rob’s firm, Rob is forced to face the grief he thought he’d buried away.

Dan Parker was revered as the star quarterback of his high school football team, but he secretly hated himself for not being honest about his sexuality. When he’s injured playing college ball, his future takes a turn in a far better direction. Dan leaves his closeted past behind and pursues a career in law as an openly gay man.

Dan and Rob are immediately drawn to each other, first as colleagues, then as friends and lovers. But Rob can’t bring himself to tell Dan who he really is. Can both men make their peace with the past? Or will Rob’s secret end any chance of a future filled with love?