He’s a hero to everyone
but himself

“This is a brilliant story! Lynley has taken two fascinating, original characters, wrapped a chilling suspense story around them and sprinkled a little romance on top. Perfect.” 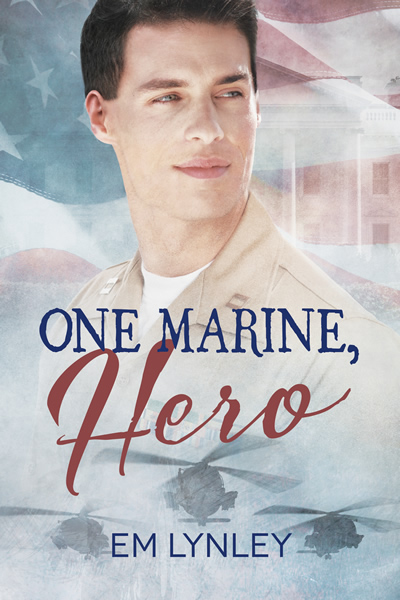 How did the idea for this book come to you?

The spark for this book hit me last fall during San Francisco’s Fleet Week.

If you’ve never been to a Fleet Week, you are missing out! You’ll find a dozen ships, even more aircraft, and tens of thousands of sailors and Marines all converge on the city. And since the end of Don’t Ask, Don’t Tell, it’s even crazier here in San Francisco.

But most of all, I love visiting the ships during Fleet Week. This year I visited the newly commissioned USS America, an amphibious assault ship. I didn’t know quite what that meant until I arrived. Basically, this ship serves as a support base for Marine units to stage an attack.

After making my way past displays of armored vehicles and light assault vehicles (tanks, to the rest of us), I arrived on the lower deck, where a number of helicopters were displayed. Pilots and members of the air crew answered questions from visitors. I was listening to other people (mostly men) asking questions, when it hit me that helicopters were a hell of a lot more interesting than I’d realized.

In fact, a helicopter pilot would make a fantastic main character for a book.

Up on the flight deck, about a dozen smaller helicopters were on display. Now I started taking notes and asking my own questions. To my surprise, the pilots were really thrilled to answer questions, talk about the capabilities of their aircraft, and even let visitors climb inside a few different ones. I happily spent about three hours moving between Cobras, Hueys, Super Stallions, and more. I took a lot of photos and, of course, asked how I could get to fly on a Marine helo. (The answer is, you can’t. Even the pilots’ own families can’t get on board, partly for security reasons and partly because the demand would be incredible.)

By the time I got home, I was dying to include a Marine pilot in a story.

And that’s when I got the idea of writing about a former combat pilot who comes home to fly Marine One, ferrying US government officials around and dealing with the drastic transition between those two jobs.

If you’ve read one of my books before, you know I love to do research. Not much can beat spending several hours talking with Marine pilots, but I can tell you that flying a helicopter definitely does. I took a couple of helicopter flying lessons while working on this book, and it has been one of the most exciting things I’ve ever done in my life!

That answer takes us a bit farther back than last fall.

I’ve never followed politics much, but like nearly everyone around the world who watches international news, I had a strong image of the President of the United States getting into a green-and-white helicopter on the South Lawn of the White House and being whisked away to attend to some vital presidential business. I had a vague notion of the helicopter being called Marine One, but beyond that, I never thought much about it.

That changed when I was lucky enough to get a job at the White House Council of Economic Advisers. Though the offices are located in the Old Executive Office next to the White House, we were part of the White House complex. It was a thrill to be so close to the inner workings of Washington.

Even more exciting were the perks that came with the job, including attending any ceremony on the White House lawn, including welcoming receptions for visiting heads of state where the president and the foreign leader would inspect US troops and color guards and military bands.

One of my favorite Marine One touchdowns was when my mother came for a visit. I knew that Marine One was due to land shortly after her arrival, so I whisked her from the airport and to the White House. She was surprised (and impressed) that after being in DC for an hour she was already seeing the president live at the White House.

I was just as thrilled at being able to include her in such a special opportunity. I think at some level she doubted I could get her into the West Wing and then to the South Lawn. She was really proud of me that day too.

I hope that you’ll feel some of the excitement of both the helicopters and White House events when you read One Marine, Hero.

And you knew there was going to be a contest, right?

Are you a fan of military men? Tell me why and which branch of military you like best for a chance to win one of my backlist titles.

Thanks for stopping by today!

I love getting e-mails from readers, so don’t be shy.

More about the book!

He’s a hero to everyone but himself.

Marine helicopter pilot Captain Jake Woodley struggles after receiving the Medal of Honor for a mission where he didn’t bring every man back alive. Being called a hero and having his photo plastered across the news makes him hate himself more. He despises his cushy job flying with the Marine One squadron, carrying the president and other officials, when he’d rather risk something, even death. He gets his wish when he’s ordered to fly a series of classified trips.

When Beau’s extracurricular research uncovers defense department funding anomalies, he soon discovers the trouble goes higher than he imagined. Just as events start to make sense, the investigation puts Beau and Jake in deadly danger. It takes a daring play by Jake—risking everything he loves—to uncover the truth. 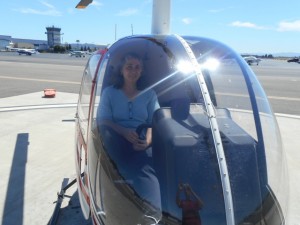 EM Lynley writes gay erotic romance. She loves books where the hero gets the guy and the loving is 11 on a scale of 10. A Rainbow Award winner and EPIC finalist, EM has worked in high finance, high tech, and in the wine industry, though she’d rather be writing hot, romantic man-on-man action. She spent 10 years as an economist and financial analyst, including a year as a White House Staff Economist, but only because all the intern positions were filled. Tired of boring herself and others with dry business reports and articles, her creative muse is back and naughtier than ever. She has lived and worked in London, Tokyo and Washington, D.C., but the San Francisco Bay Area is home for now.

She is the author of Sex, Lies & Wedding Bells, the Precious Gems series from Dreamspinner Press (Indiana Jones meets Romancing the Stone), and the Rewriting History series starring a sexy jewel thief, among others.