Today and tomorrow, Take Two and all contemporary titles are 30% off at the Dreamspinner Press flash sale starting today! If you haven’t already, this would be the perfect time to check out the new Dreamspun Desires line of sweet, category romances reminiscent of the old Harlequins.  My entry is First Comes Marriage, but you can find tons of other great titles marked down as well.

You only have until tomorrow night, October 12th, to fill up your e-reader or your bookshelves! I know I’ll be picking up a few of the upcoming releases, including Running Blind, by Venona Keyes and Kim Fielding! My Kindle is going to explode. I’m sure of it! 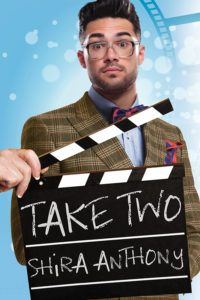 Blurb: Lights, camera, action! When Professor Wesley Coolidge accepts a summer job as a historical consultant to a pirate movie being filmed in North Carolina, the last person he expects to bump into is his soon-to-be ex, movie star Sander Carson.