There’s a flash sale today only at Dreamspinner Press. You can pick up any new release for 25% off list price. That’s including my brand new novel, Take Two! 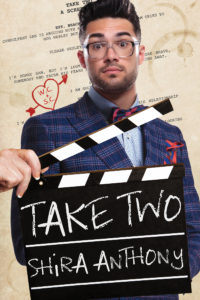 Take Two is a sweet and funny story about getting a second chance at love. Some angst, some adventure, hot sex, and lots of silliness and romance.

I hope Take Two will leave you with a big smile on your face! -Shira