He’s a hero to everyone
but himself

“A well planned, well executed romance with an awesome mystery.”

Pre-order your copy at Dreamspinner Press

If you enjoy military men, danger, sizzling romance and a peek behind the scenes at the White House, don’t miss this one!

This is a story I really enjoyed writing! As some of you know, I used to work as a White House economic adviser. Some of my behind-the-scenes experiences with Marine One on the White House lawn are included here.

If you recall a few months ago I mentioned taking helicopter flying lessons. They were research for this book! You’re really in for a treat this time around.

He’s a hero to everyone but himself.

Marine helicopter pilot Captain Jake Woodley struggles after receiving the Medal of Honor for a mission where he didn’t bring every man back alive. Being called a hero and having his photo plastered across the news makes him hate himself more. He despises his cushy job flying with the Marine One squadron, carrying the president and other officials, when he’d rather risk something, even death. He gets his wish when he’s ordered to fly a series of classified trips.

When Beau’s extracurricular research uncovers defense department funding anomalies, he soon discovers the trouble goes higher than he imagined. Just as events start to make sense, the investigation puts Beau and Jake in deadly danger. It takes a daring play by Jake—risking everything he loves—to uncover the truth. 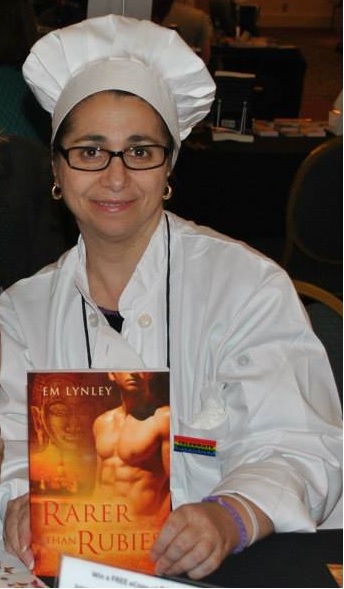 EM Lynley writes gay erotic romance. She loves books where the hero gets the guy and the loving is 11 on a scale of 10. A Rainbow Award winner and EPIC finalist, EM has worked in high finance, high tech, and in the wine industry, though she’d rather be writing hot, romantic man-on-man action. She spent 10 years as an economist and financial analyst, including a year as a White House Staff Economist, but only because all the intern positions were filled. Tired of boring herself and others with dry business reports and articles, her creative muse is back and naughtier than ever. She has lived and worked in London, Tokyo and Washington, D.C., but the San Francisco Bay Area is home for now.