Home > From The Depths 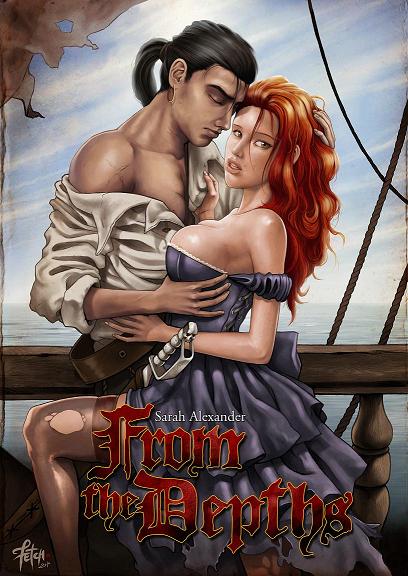 The pirate captain, in an effort to secure a business deal with Marcus Lawson, a wealthy plantation owner who fled England years before, allows Lord Lawson the unfettered “use” of his two slaves for two weeks. Expecting the same abusive treatment from her new captor, Sarah discovers the enigmatic Lawson to be far more enticing than she had originally thought. At his island estate, Lawson schools a willing Sarah in the ways of pleasure and pain, even as Sarah struggles to come to grips with her growing love for Joshua. Will Sarah and Joshua find freedom and love, or will fate intervene to separate them forever?