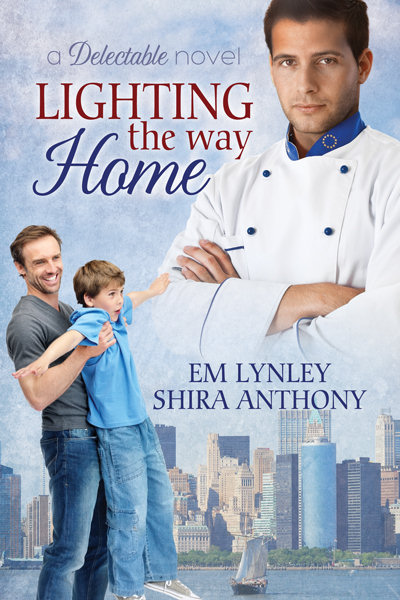 Co-authored with EM Lynley and part of the Delectable Series of food-themed gay romances from Dreamspinner Press.

World-class chef Joshua Golden is homesick for Paris before he even arrives in New York, but he’ll endure it—his parents need him to help run the family restaurant while his mother recovers from surgery. Running a place so far beneath his talents is bad enough, but bad turns to worse when Josh discovers his former best friend and lover, Micah Solomon, is living at his parents’ house with his ten-year-old son, Ethan.

For ten years, Josh has done his best to forget how Micah shattered his heart into tiny pieces. Now Micah’s back, fresh out of prison, and helping out at the restaurant. Micah may not be the kind of sous chef Josh is used to, but he is more helpful and supportive than any of the other employees. But Josh finds it hard to keep his distance when, time after time, Micah proves himself a better man than Josh thought. Reluctantly, Josh realizes there is more to Micah than his lousy life choices… but that doesn’t mean Josh is ready to forgive him.