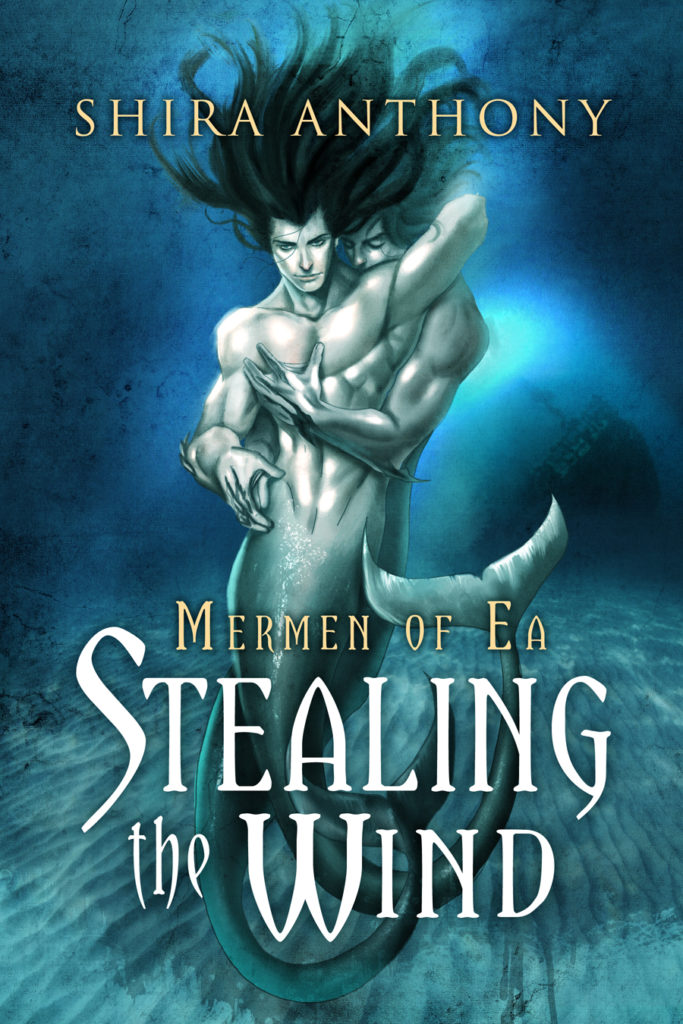 Taren Laxley has never known anything but life as a slave. When a lusty pirate kidnaps him and holds him prisoner on his ship, Taren embraces the chance to realize his dream of a seagoing life. Not only does the pirate captain offer him freedom in exchange for three years of labor and sexual servitude, but the pleasures Taren finds when he joins the WARNING: 18+ adults only, contains scenes of explicit MMM menage (although the pairing is strictly MM), and dubious consent.

Would you like to download a free copy of Stealing the Wind? For a limited time, it's available on BookFunnel right here.

"Stealing the Wind is a superb novel, full of intrigue, mystery and adventure. The writing is smooth and flows along beautifully, the characters are rich and colorful, the world Shira Anthony creates is mysterious and dark, full of legends and prophecy. The plot draws the reader along, never letting up, teasing with its hints of what’s to come. I found myself glued to my Kindle not wanting to do anything but read, yet also not wanting to finish too quickly, I wanted to savor the story, revel in the universe unfolding around me."

"I recommend this to those who love mermen, an interesting in-depth storyline, fantasy, hot sex, great characters and an ending that has you compelled to read more."

Whitt on Live Your Live Buy the Book wrote:

"The underwater imagery was beautiful. I wanted the couple to be together and hated the bad guy. This was a majestic read and I’d recommend it to fantasy lovers." -

"I really loved this book and am so excited for the rest of the series. Romantic and sexy and really wonderful world building.  Anthony gives us a rich and exciting story here and a great set up for the remaining books. I can’t wait for more and highly recommend this one."