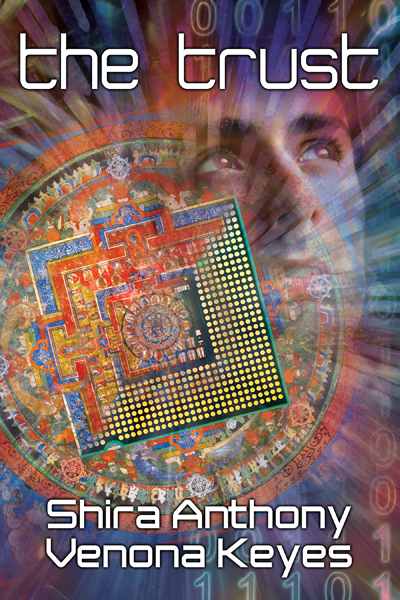 Eight years ago, Jake Anders was a college kid from the wrong side of the tracks. Then Trace Michelson recruited him into The Trust, a CIA-backed agency whose “executives” eliminate rogue biotechnology operations. Trace was everything Jake ever wanted in a man: powerful, brilliant, and gorgeous. But Jake never admitted his attraction to his mentor, and Trace always kept Jake at arm’s length.

Now Trace is dead and Jake is one of The Trust’s best operatives, highly skilled and loyal to the organization. But the secret agent has his own secret: six years ago, before he was assassinated, Trace designed a Sim chip containing his memories and experiences—and now that chip is part of Jake. It’s just data, designed to augment Jake’s knowledge, but when Sim becomes reality, Jake wonders if Trace is still alive or if Jake really is going crazy like everyone claims. He doesn’t know if he can trust himself, let alone anyone else.

To learn the truth about Trace and the chip, Jake embarks on a dangerous mission—except he’s not the only one looking for the information. Some of the answers are locked in his head, and unless he finds the key, he’ll be killed for the technology that’s become a part of him.

Now, more than ever, Jake wishes Trace were here to guide him. Too bad he’s dead… right?