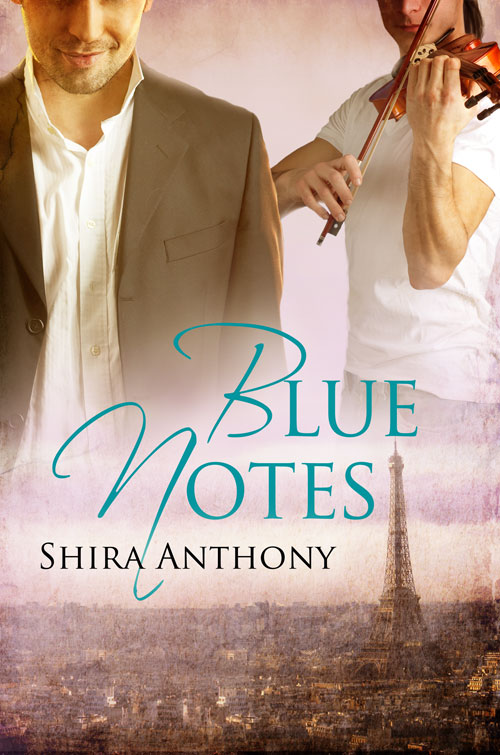 Blame it on jet lag. Jason Greene thought he had everything: a dream job as a partner in a large Philadelphia law firm, a beautiful fiancée, and more money than he could ever hope to spend. Then he finds his future wife in bed with another man, and he’s forced to rethink his life and his choices. On a moment’s notice, he runs away to Paris, hoping to make peace with his life.

But Jason’s leave of absence becomes a true journey of the heart when he meets Jules, a struggling jazz violinist with his own cross to bear. In the City of Love, it doesn’t take them long to fall into bed, but as they’re both about to learn, they can’t run from the past. Sooner or later, they’ll have to face the music.

A number of readers have asked about where they can link to the music in "Blue Notes." Here's a list for you, with links to free listens on line. Most of the music in "Blue Notes," however, is Jules' own compositions. I wish I could share those with you, but I'll have to ask you to use your imagination as to what the music might sound like! Enjoy, and feel free to email me if you're interested in recommendations for purchasing any of the music (the free listens aren't necessarily my favorites, but they're all good and are free)! -Shira